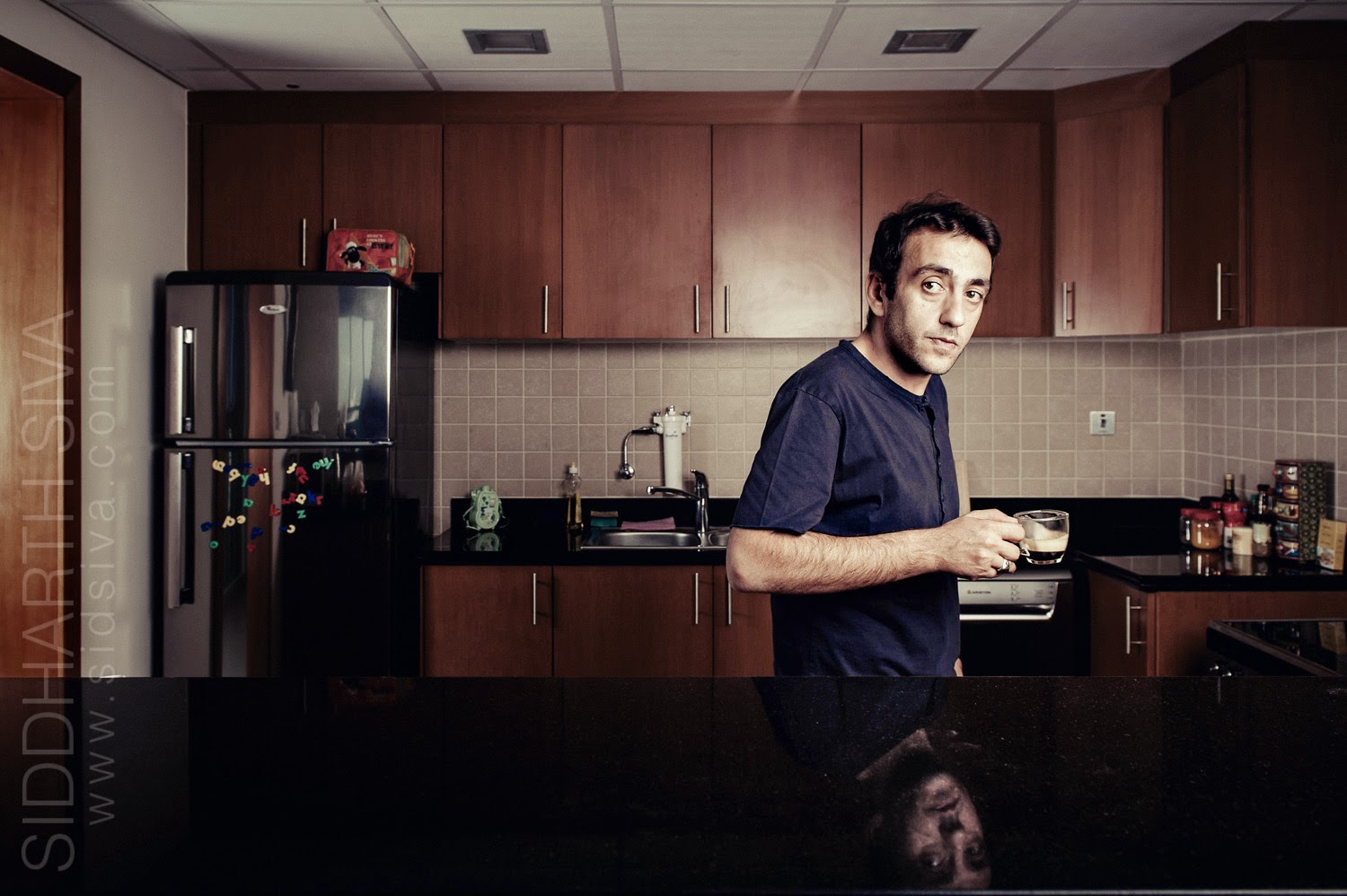 When Telerama, the French weekly first called me to photograph author Jerome Ferrari, I was immediately excited by the prospect of interacting and collaborating with a subject who also had a passion for creating visuals – in this case, with words. He had just won the prestigious Prix Goncourt for his book Le Sermon sur la chute de Rome, which by all accounts is considered a great poetic Corsican epic.

The sparse furniture in his new Abu Dhabi apartment was ideal in creating a moody, atmospheric story.  As we fell into easy conversation, I opted for a clean and simple lighting arrangement, with basic speedlights and an  umbrella softbox, so I could easily set up and shoot on my own, without an assistant. 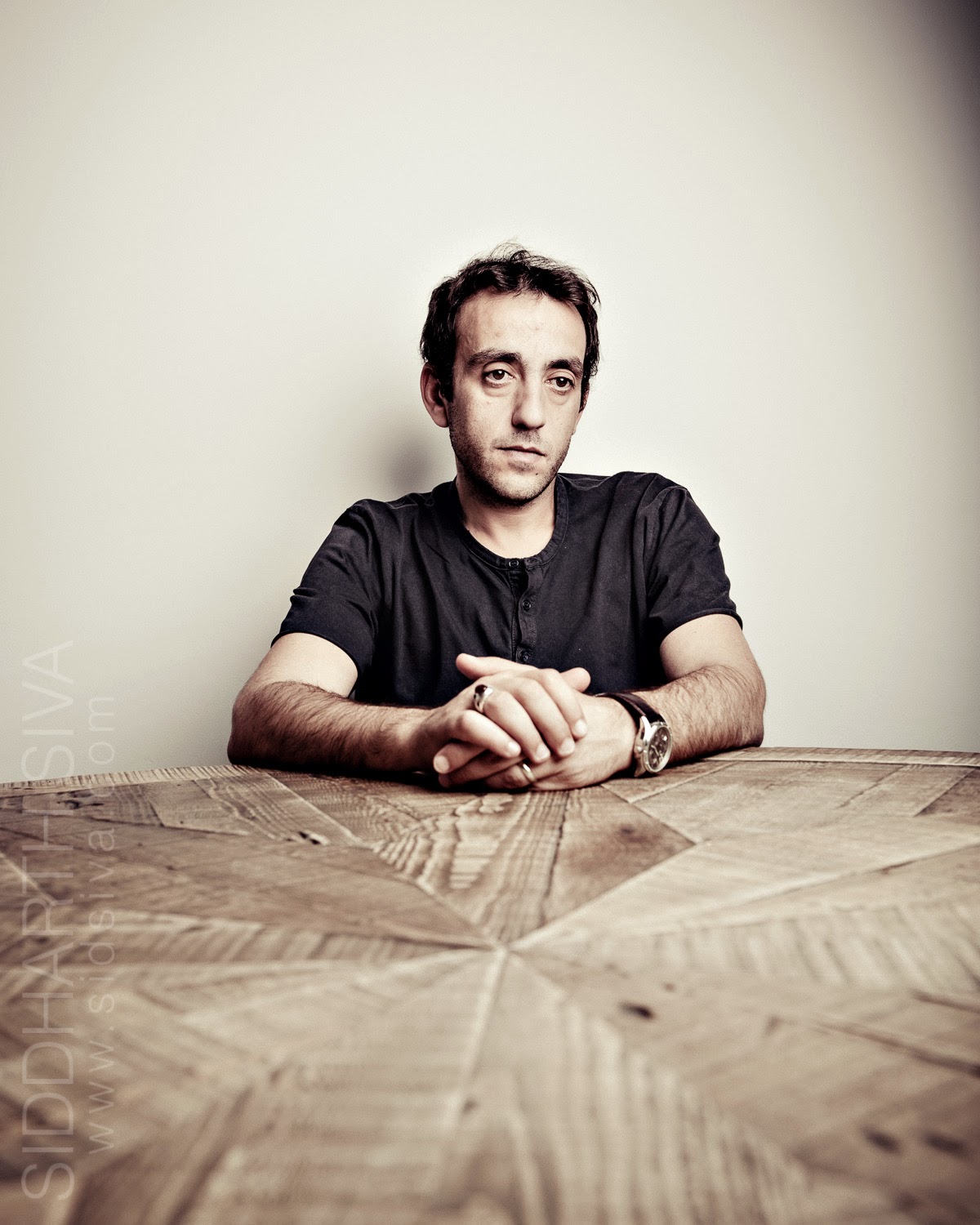 Over what felt like endless cups of espresso, we talked about his book, his time in Corsica and Rome and his job teaching philosophy in Abu Dhabi. 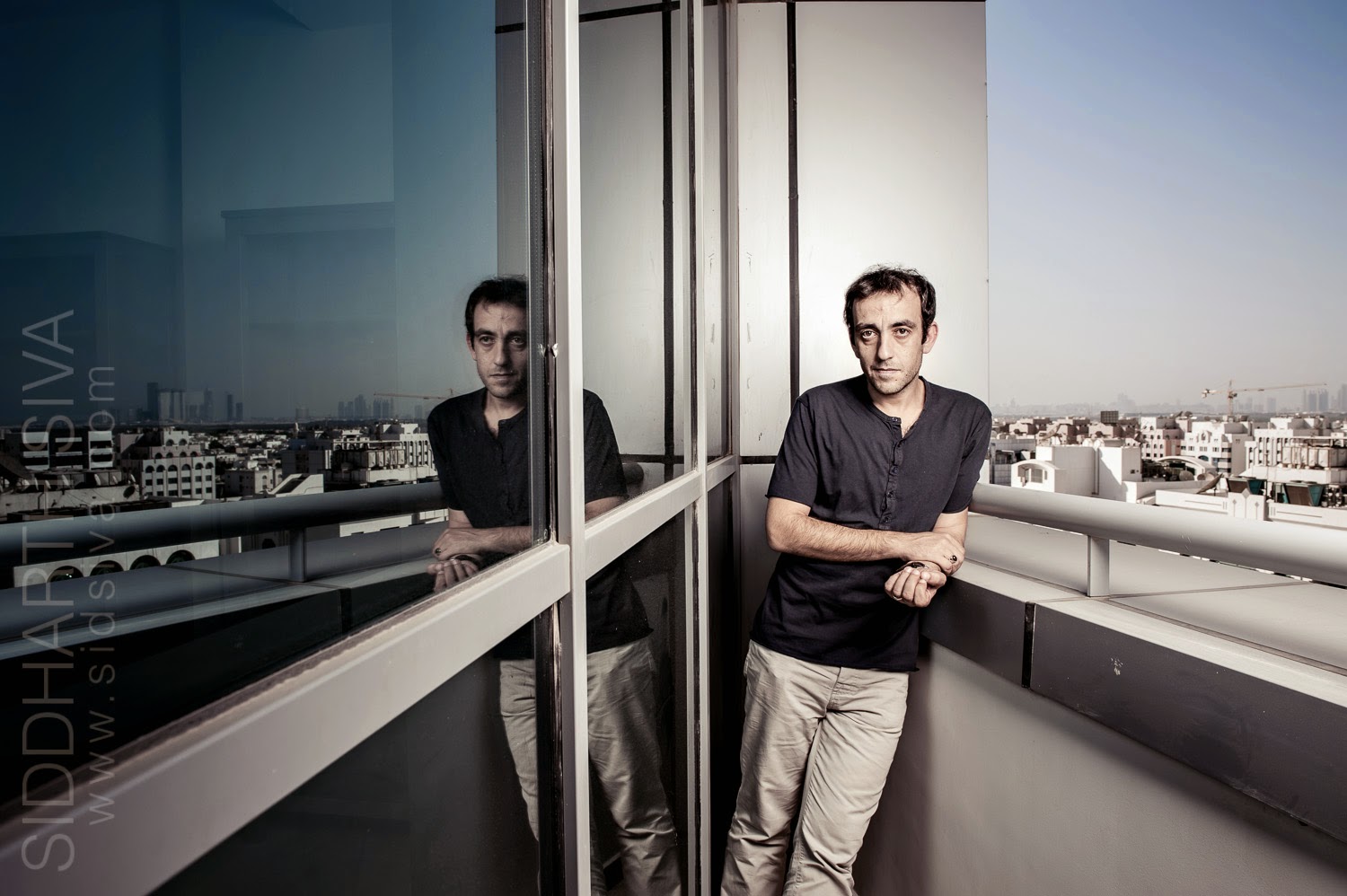 Interestingly, a few weeks later I was contacted by leading French newspaper Le Figaro to photograph Jerome –  a happy coincidence. I headed back to Abu Dhabi this time to a busy household that was fully furnished; his family has also arrived. . What struck me as dramatic, but with beautiful muted tones, was his enviable library that had finally made its way to Abu Dhabi and I decided to use it as a backdrop for this shoot. The books almost becoming a character, the influence in the background that shaped and nurtured those vivid ideas and philosophies and is an extension of Jerome’s personality. It’s not often that a photographer is gifted with such a ‘prop’ that elevates the story, and even more rare to revisit a subject as his life progresses. I’m glad to have had another opportunity to chat over espresso. 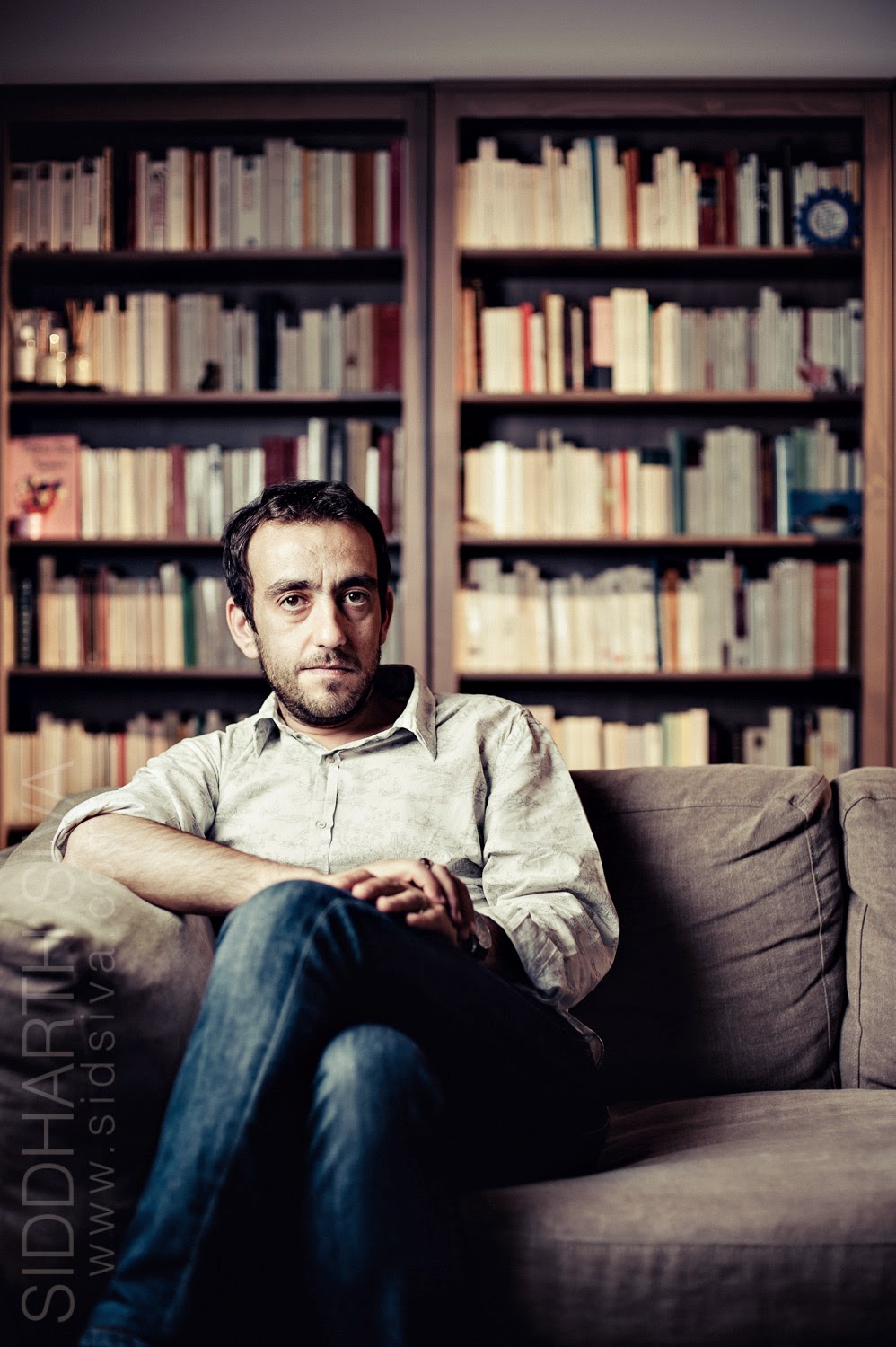